AN ABRIDGED HISTORY OF TRADITIONAL CHINESE MEDICINE IN TEXT

Traditional Chinese Medicine has a 5,000 year legacy. There were many different medical philosophies and techniques in China with a mix of travelling physicians, village herbalists, and native shamans. Chinese Medicine has been bound by nature, earth and sea. The season and the climate, and plants and animals. 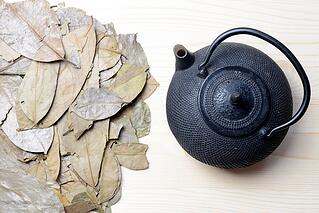 SHEN NONG and THE MEDICA

One of the earliest records is from about 200 BC. The Materia Medica lists 365 healing remedies most of which are plants. Today the Medica has over 12,000 entries.

This document was named after the legendary figure, Shen Nong. He was known as the Divine cultivator who invented agriculture.

It is said that he tasted the flavour of hundreds of herbs and he drank the water from many springs and wells. This was so people might know which were sweet and which were bitter.

It is also said that he discovered how to make tea after a tea leaf fell into a pot of boiling water.

The founding father of Chinese Medicine is said to be the Yellow Emperor. The text generated at that time is still followed by practitioners.

Herbs with the qualities of sour, salty, bitter, sweet and pungent are selected to treat illnesses.

There is also a belief in the essential life force called Chi. Chi is vital energy in humans and all things including medicinal plants.

The Chinese theory of opposites called Yin and Yang compliments the models of the five elements. 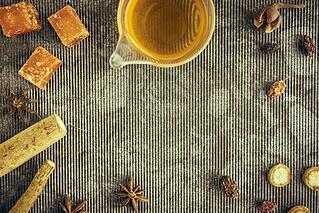 But Western medicine began to have a presence in China in the 19th Century. It wasn’t until the 1960’s when Chinese medicine once again became the national standard medical system when Mao Zedong founded the Five Colleges of Chinese Medicine.

Today, traditional Chinese dispensaries have changed little over the centuries.

Herbs are weighed out in daily doses, and people are given an amount enough of herbs to last them a week or so.

A prescription for a Chinese remedy may contain 4-12 herbs or more. The complex proportions may make it hard to understand for the westerner who was used to one solution or one problem. But traditional Chinese Herbal formulas aimed for broad spectrum healing are becoming more familiar in the west and are now used by many qualified practitioners.