EAR ACUPUNCTURE AND THE MODERN SCIENCE OF TCM

In recent years, acupuncture has been demonstrated to be an effective treatment for a number of health issues including nausea, vomiting, bodily pain, and many others. It may also be effective in treating a number of other problems. This ancient system of health is based on the body’s natural energy flow known as chi or qi, and on the balance of the yin and yang energies. Auricular acupuncture works in much the same way as traditional acupuncture, except it focuses exclusively on the human ear. It may seem strange at first glance, but there are signs that auricular acupuncture is not only effective but that it also holds its own unique benefits. 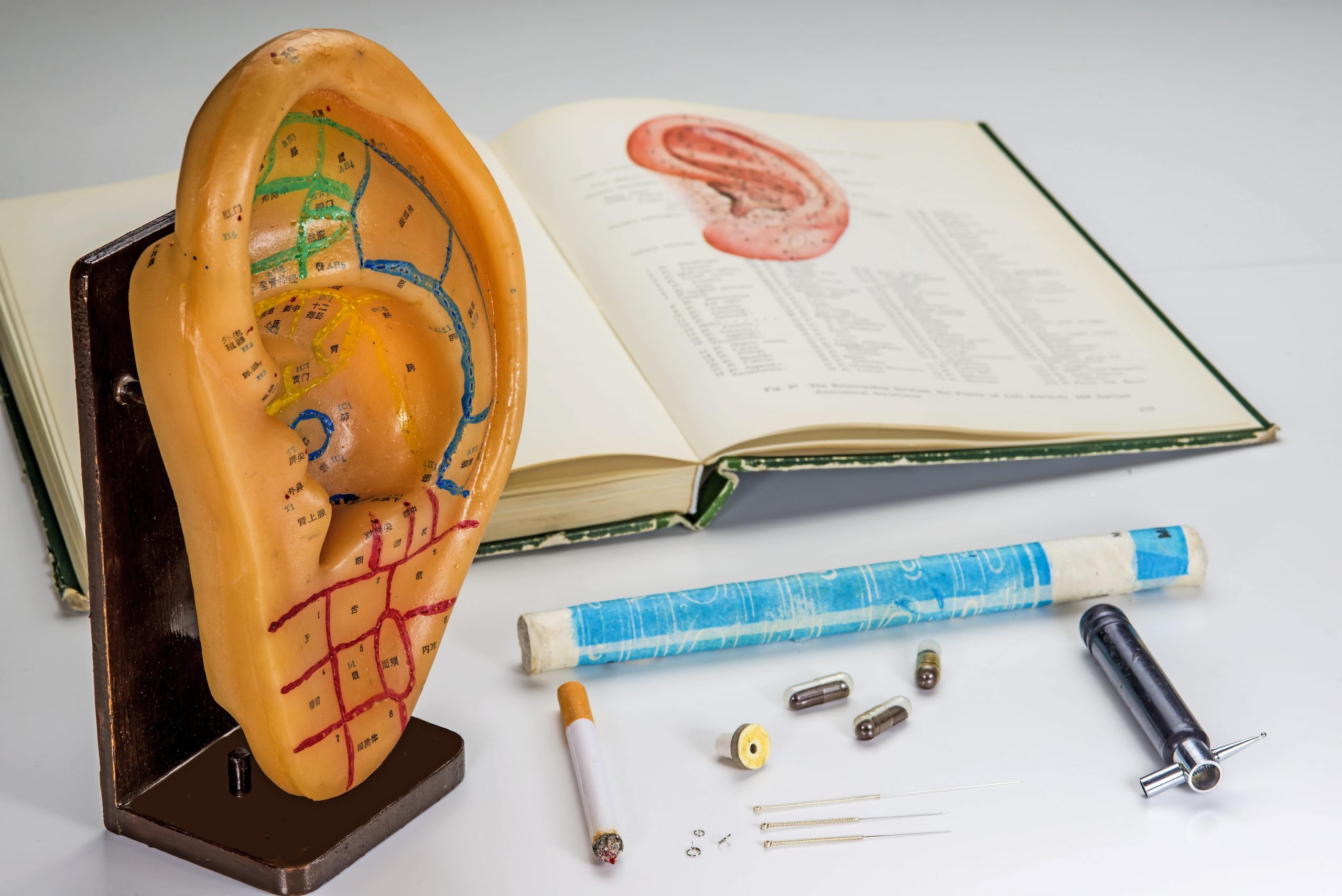 Modern science has had an interest in TCM for quite some time now and has even adopted and refined traditional practices like acupuncture. Auricular acupuncture, or ear acupuncture as it’s commonly known, was developed in the 20th century by a French scientist named Paul Nogier. Since then, it’s become a regularly practised procedure in acupuncture treatments and has been used to treat an array of conditions such as anxiety, insomnia, chronic pain, depression, and many others.

Ear acupuncture works similarly to other forms of acupuncture, as it involves inserting needles into specific points in order to influence the flow of qi through the body. In this procedure, the ear works as a sort of microcosm to the greater whole of the individual. The ear is an extremely sensitive and neurologically active part of the body, making it highly susceptible to the kind of stimulation acupuncture works to impose. By placing pins in key points around the ear, problems in the body’s energy flow may be corrected in order to produce beneficial results in the overall well-being of the patient.

Wide-scale clinical trials on ear acupuncture are still needed to verify all the benefits it may provide, though studies have suggested it could be highly effective in treating a large selection of conditions. One study showed that it has a real measurable effect on reducing anxiety levels in patients. Researchers determined that it produces both anti-anxiety and sedative effects, whereas the control groups that were given sham acupuncture needles did not produce the same results. This provides us with real scientific evidence that ear acupuncture can benefit those suffering from stress, insomnia, and depression among other psychological conditions. Other studies suggest it may be an effective treatment in overcoming addiction, alleviating pain, supporting weight loss, and assisting with digestive issues.

The results are promising, and acupuncture has definitely earned its place among legitimate modern medical practices after over two millennia of tradition. Not only is it a well-weathered practice refined over generations, but it’s also a field of study full of unrealized potential waiting to be discovered. The benefits it’s capable of providing are well worth the study, as the versatility of it and other traditional Chinese medical practices hold the promise of even more to improve the overall well-being of almost anyone.

The Sydney Institute of Traditional Chinese Medicine is an accredited institution offering both the treatment and study of acupuncture and other TCM practices. Our field has all the advantages of one with 2,500 years worth of collective knowledge while simultaneously being at the cutting edge of modern medicine. If you’ve ever been searching for a meaningful career that provides real services for the well-being of others, then this may just be the path you’re looking for. Visit us here to learn more about our courses and enroll today to get started on a journey towards helping others and transforming lives for the better.