THE EVOLUTION OF HIGH TECH ACUPUNCTURE

Scientists and practitioners have built a strong case for the use of traditional Chinese acupuncture. Over the last three decades, research has continued to confirm the extensive benefits of this therapy. Expanding on acupuncture‘s proven effectiveness as an analgesic, exciting new developments combine acupuncture with other technologies to advance medical treatment plans.

A new joint study shows groundbreaking results in biomolecular cancer research. During this study, Professor Su-Il In and his partners found that by combining traditional acupuncture with electrical nanotechnology they could decrease the incidence of abnormal vascular clusters that usually precede colorectal cancer in rats. The amazing results didn’t stop there, the research team also found that the combination of acupuncture and technology seems to slow the maturation rate of colorectal cancer in rats.

the research team also found that the combination of acupuncture and technology seems to slow the maturation rate of colorectal cancer in rats.

In the aforementioned study, the researchers used electrochemical nanotechnology to turn traditional acupuncture needles into nanoporous needles. This manipulation increased the surface area of the needles which doubled the electrophysical signal produced by the stimulus and led to the surprising results. 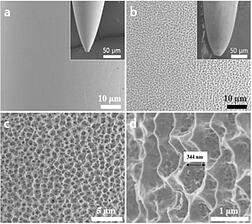 This study opens the door for more studies to look into using acupuncture as a primary technique for the treatment of serious diseases. In September, Xi’an, China hosted the 4th Annual World Congress of High-Tech Acupuncture and Integrative Medicine.

This conference attracted over 800 interested parties from 55 different countries and discussed both the evidence for traditional acupuncture and recent advancements such as laser acupuncture and electroacupuncture.

The field of acupuncture is ripe with opportunity. There has never been a better time to delve into the practice and theory of acupuncture and traditional Chinese medicine.